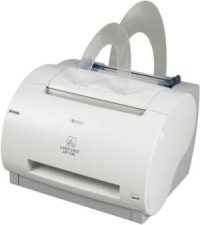 In the my network I have been expanded old Canon LBP-1120 on a computer with Windows xp, and I wanted to print on it from the laptop on which was already of Windows 7 x64. It appears this is not something that is not easy, but it is almost impossible, because the 64-bit drivers under seven are not released, and is definitely not released.

The problem I have decided and made this note for myself as a keepsake.

After some inquiries on the forums, still found a solution to the problem seems to be – http://habrahabr.ru/post/112404/ but it’s a decision I did not like. It provides server-side – shared folder for incoming PDF-files and a script that feeds their printer.

The following solution seemed to me the most beautiful, it I began to feel – http://habrahabr.ru/post/63440/. But it was not so smooth – it was in an article about printing on a Mac, and I could not find the driver used there “Apple LaserWriter 16/600 PS”, but because I had to pick up another, which would have also worked in 32 and 64 bit versions systems. Adjusted step by step instructions is as follows:

1. Downloading Ghostscript – PostScript emulator printer. Set in the folder “C:\gs”, while looking like a subfolder called, in my case “gs8.64”, I wrote it in canon.rsp below (in bold).

3. Create the configuration file C:\gs\canon.rsp with this text:

Parameter “-mono” is a monochrome printer, remove it when setting up a color printer. The name of the printer (in bold) to adjust their own.

4. Put the virtual printer. For this:

4 thoughts on “Printing on an old network printer in Windows 7 x64, without the 64-bit drivers”