Probably there are few in the house who used to illuminate the bulb. For years, all of them are gradually replaced by more fuel-efficient fluorescent. But now the market is even more energy-saving bulbs – LED. However, their widespread use hinders a very high price. Significantly also save when they purchase can be ordered through the Chinese, through aliexpress, which I did, because the money was sorry and try very much.

The first LED-lamps that I bought on aliexpress were allegedly under 9W 2835SMD E27 base consisting of 34 LEDs. Why is “allegedly” – I have the time of purchase was already a device for measuring power consumption, and of course I immediately checked them and found that they 7W. Also open the case, I even saw a sign visually 7W, as soon as the seller wrote. I decided to chance it strebovat a symbolic $ 1, wrote the following complaint:

The seller without objection gave me back $1

Having tried them I realized that they have too little power to replace them at the same fluorescent lamps. But they can be put in such a chandelier as a complement to another type of light or better in a table lamp, removing them from the ceiling. This option I liked the most. As reliability is to say that within a year of operation is still no lamp of the five not out of order.

Assessing his first experience, I decided to go ahead and order the lamps on the powerful to certainly they could replace conventional. This time I have decided to take 15W lamps, reasoning that even if again a bit cheated with the power that they still are more powerful past. I chose the lamp 48 LED type SMD5730, because of their characteristics, unlike in 2835 promised that the lamp will be much better: 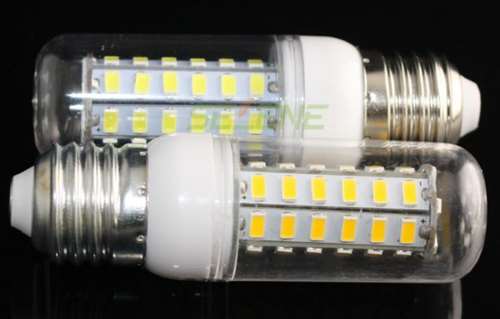 On this basis, I suggested that the 34 LED 2835 is 680 lumens and 48 LEDs 5730 is at least 1920 lumens! While considering that one eats diode 500mW total power and 15W lamps minus losses, then they will work on half power, and therefore the world will be smaller, but still better.

In reality, everything turned out much worse! I received 8 lamps real power 5W: 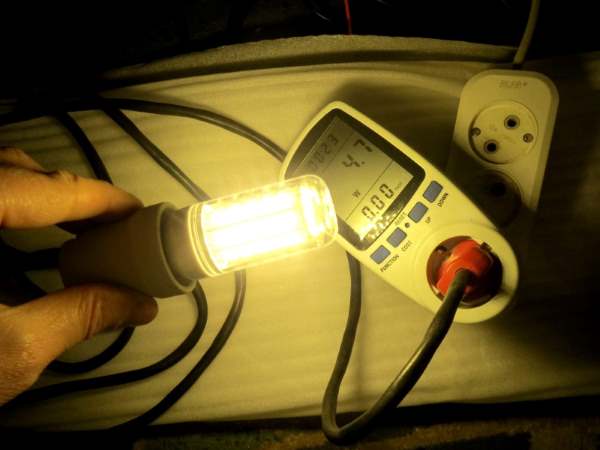 It was too much and I decided to have a little more money strebovat. After seeing how much the dealer sells the most low-power lamps (9W) I decided to ask for the difference, consisting of the following complaint:

Query so $ 4.16 redress that seller again returned without further objection.

Visually, the LEDs 5730 and really glow is not as bright as the 2835, and it makes me think that the power of these lamps can be lifted if powered them from another driver or increase the capacity of an existing, but a very small lamp body leaves no doubt whether it can effectively cool.

So ordering LED-lamps from the Chinese rest assured that with the power required to deceive you, but as far as this is a question. The best option of course is to find them real power to purchase, but it is not so easy.